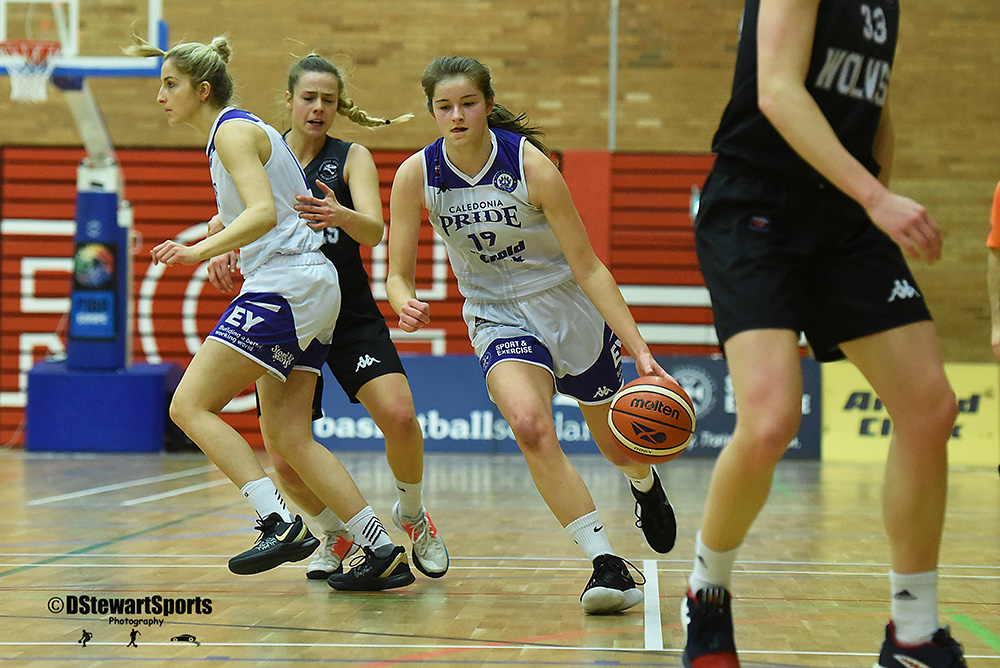 Caledonia Pride’s double-header weekend ended in a 76-41 defeat to a strong Nottingham Wildcats side at Wildcats Arena on Sunday.

A lay up from Sian Phillips (10 points, 6 rebounds) started Pride off strongly. However, from then on, the opposition began to demonstrate their offensive prowess. Another lay up from Stella Fouraki (10 points, 10 rebounds) and free throws from Phillips kept Pride in it but soon after Wildcats secured a six-point lead.

Wildcats got going offensively as the first drew to a close. A late three-pointer from Maela Faleu meant Pride trailed by 13 as the first period ended. 23-10.

A flurry of offences from the Marshall sisters (Jannike followed by Hansine) as well as Phillips and Pollyanna Storie reduced Pride’s deficit to single digits in the opening minutes of the second quarter.

Successful free throws from Phillips on top of a three-pointer from Storie kept Pride’s offence rejuvenated for a brief period. However, Nottingham proceeded to forge ahead. Respective jump shots and lay ups from Fouraki and Phillips put a stop to the opposition’s scoring run. Despite this, Pride still had the task of coming back from an 17-point deficit at halftime. 43-26.

Pride struggled to get going offensively in the third which allowed Nottingham to capitalise. Back-to-back buckets from Robb gave Pride some hope halfway through the third.

Nottingham continued to use their expertise to their advantage, extending their lead to 23 despite the best efforts from Fouraki, Faleu and Rose Harvey. 57-35.

Robb made a lay up early in the fourth and from then on Pride began to apply gritty defence to stop Wildcats’ scoring run.

Back-to-back baskets from Fouraki tried to muster up some offence for Pride but Wildcats pushed ahead in the final few minutes to claim the win. 76-41.