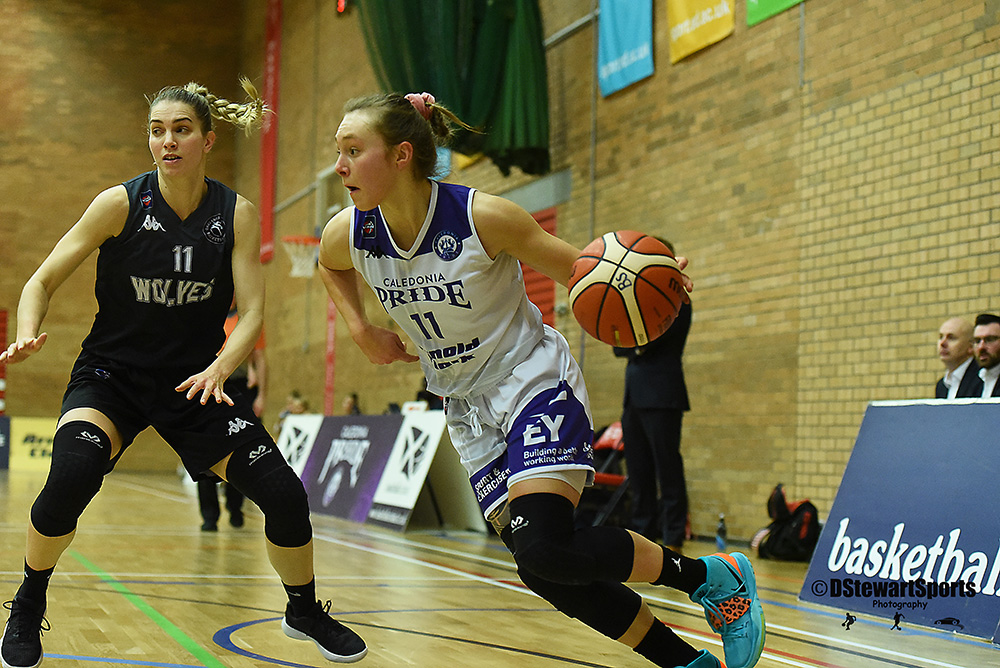 Caledonia Pride secured their third win of the season following a 73-55 victory over Oaklands Wolves on Sunday at Pleasance.

The two sides went back and forth for a while until a big three-pointer from Robb turned the tide for Pride. Free throws from Maela Faleu and a first three-pointer from Jannike Marshall (14 points), who achieved a career-high points tally and shot 50% from outside the arc, extended Pride’s lead to five at the end of the first. 19-14.

Gritty defence from the home side ensured their lead remained intact at the beginning of the second quarter.

Wolves came within three points of the lead as half time drew closer. However, a couple back-to-back three-pointers from sharp-shooting Jannike Marshall put Pride up by seven. From then on, Hansine Marshall made her presence felt with a lay up and the duo of Fouraki and Pollyanna Storie used their height to their advantage as Pride had an eight-point lead going into the break. 41-33.

Oaklands began to chip away at the lead as the third got underway, making it a one-point game. Tough defence from both sides ensured there was a scoring standstill until the end of the quarter.

The opposition briefly gained the lead but Jannike Marshall nailed a three-pointer yet again to swing the momentum back in Pride’s favour. Follow up baskets from Ella Doherty, Phillips and Storie once again gave Pride a five-point lead with 10 minutes to go. 52-47.

Pride had an electric start to the fourth quarter as they extended their lead to 14 in the first few minutes with scores coming from across the board.

Pride’s great scoring streak continued with a 10-0 run to end the game and secure an 18-point win at Pleasance. 73-55.

Pride are back in action this Saturday as they travel away to face Manchester Mystics at the National Basketball Performance Centre.