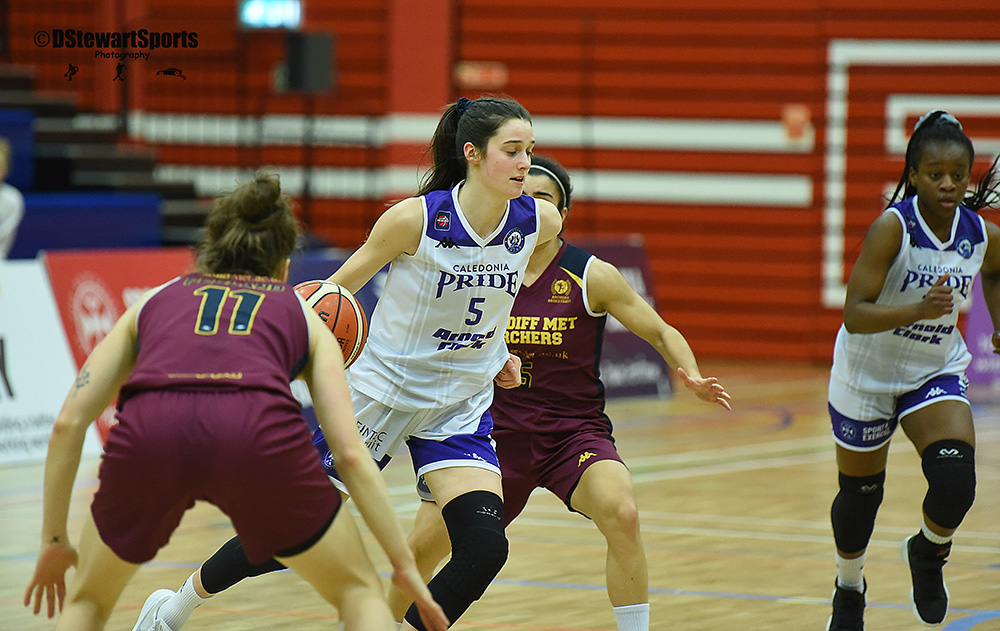 Stella Fouraki (21 points, 9 rebounds) started strong for Pride, recording her first points of the game just 28 seconds into the first quarter. Both teams then proceeded to trade shots back and forth. A three-pointer from Hansine Marshall inspired Pride to go on a scoring streak, with baskets coming from across the board, as they earned a nine-point lead in the opening minutes.

As the quarter went on the streak continued with Fouraki nailing a hook shot which Hannah Robb (10 points, 8 rebounds, 3 assists) followed up with a three-pointer. With Pride’s streak extended to 13-0, Archers responded with an 8-0 streak of their own, cutting the deficit to seven. Polyanna Storie made a driving lay up as the quarter came to a close, ensuring Pride still had their nine-point advantage intact. 23-14.

Ella Doherty used speed to her advantage to make an immediate impact for Pride in the second quarter. Following this, the two sides once again went back and forth before Cardiff stepped up both offensively and defensively to reduce Pride’s lead to five.

Sian Phillips responded with a lay up and both herself and Hansine Marshall were successful from the free throw line as half time drew closer. However, despite this, Archers’ onslaught continued as a three-pointer from ex-Pride captain, Robyn Lewis, gave Cardiff a one-point lead heading at the half. 34-35.

Gritty defence from both teams meant that no scores were recorded in the first few minutes of the third. Pride tied the game several times throughout this period but each time they were met with a response from Cardiff.

Offences kept being traded between both teams, making the game constantly neck-and-neck. Consecutive lay ups from Archers meant Pride trailed by four with 10 minutes to go. 43-47.

The fourth started off as a low scoring affair before Storie sunk a three-pointer to make it a one-point game, although again Cardiff immediately responded. From then on it was a scoring standstill until the closing minutes with very little between the sides.

Archers extended their lead to five before a clutch three-pointer from Robb brought it back to a one-possession game. Back-to-back lay ups from Romanian international Cristina Bigica ensured Archers had a six-point lead within the final minute of play. Despite a last-ditch effort from Robb, Cardiff took the five-point win in Edinburgh. 51-56.