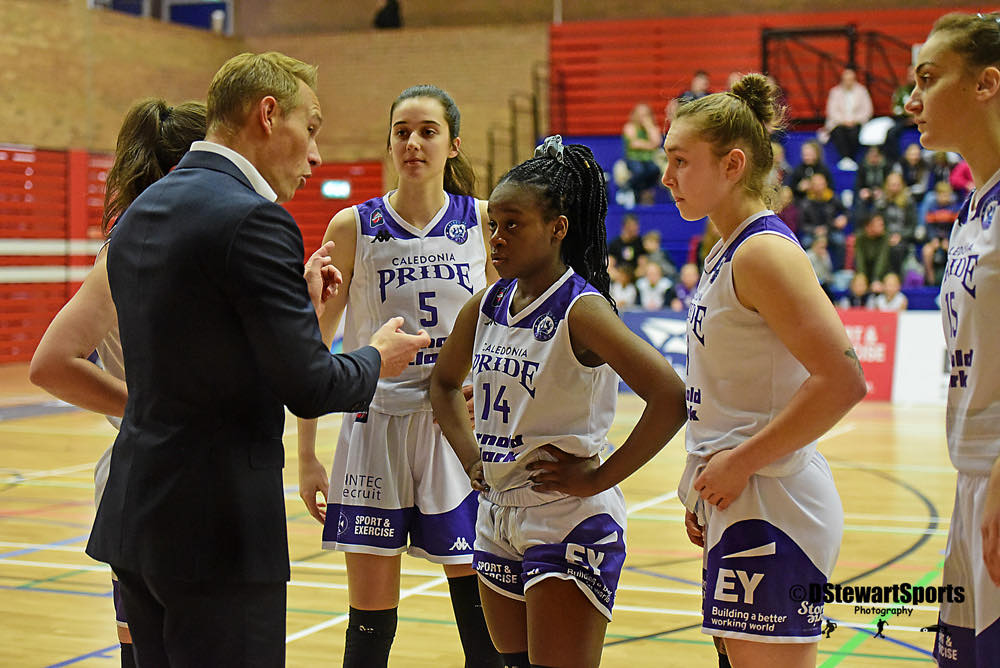 Caledonia Pride fell on the road to an experienced Sheffield side as the Hatters picked up an 81-49 win on Sunday afternoon.

The game started slowly with both teams missing several chances in the opening few minutes. Hannah Robb (18 points, 5 rebounds) added the first basket of the game after three minutes, which Maela Faleu followed up as Pride took an early lead.

Hatters opened their account from the free throw line, embarking on a 6-0 scoring run to claim the lead which they would hold for the majority of the game. Robb replied for Pride to tie the game but from there on it was all Hatters in the latter stages of the first as they scored 12 points without reply to take a double-digit lead. 18-6.

Four quick points from Sheffield extended their advantage and suggested it would be a long afternoon for Pride but they responded strongly, with Stella Fouraki (21 points, 5 rebounds) and Robb adding five unanswered points.

The two teams then traded basket for basket, Robb and Fouraki both adding to their tallies for Pride. Sian Phillips, Hansine Marshall and a three-pointer from Jannike Marshall gave Pride some momentum as a 6-0 scoring streak ended the half. 39-29.

Fouraki recorded four of her 21 points early in the third but Hatters replied with seven points in quick succession, including a three-pointer from ex-Pride player Tia Weledji, who recorded 14 points against her former teammates throughout the afternoon.

The latter stages of the third again saw the teams go end-to-end, with Robb and Pollyanna Storie both finding the basket for Pride. England and GB international, Chantelle Pressley, added two free throws late in the quarter as Hatters maintained their advantage. 55-39.

A seven-point run from the hosts at the beginning of the fourth killed any hope Pride had of finding their way back into the game. Robb and Hansine Marshall halted Hatters’ scoring but only briefly as they responded with another 9-0 run.

Both teams took full advantage of persistent fouling late on, with over a dozen free throws scored in the closing minutes. Again it was Robb and Fouraki scoring for Pride, with the former ending the afternoon’s action with three from the line. 81-49.