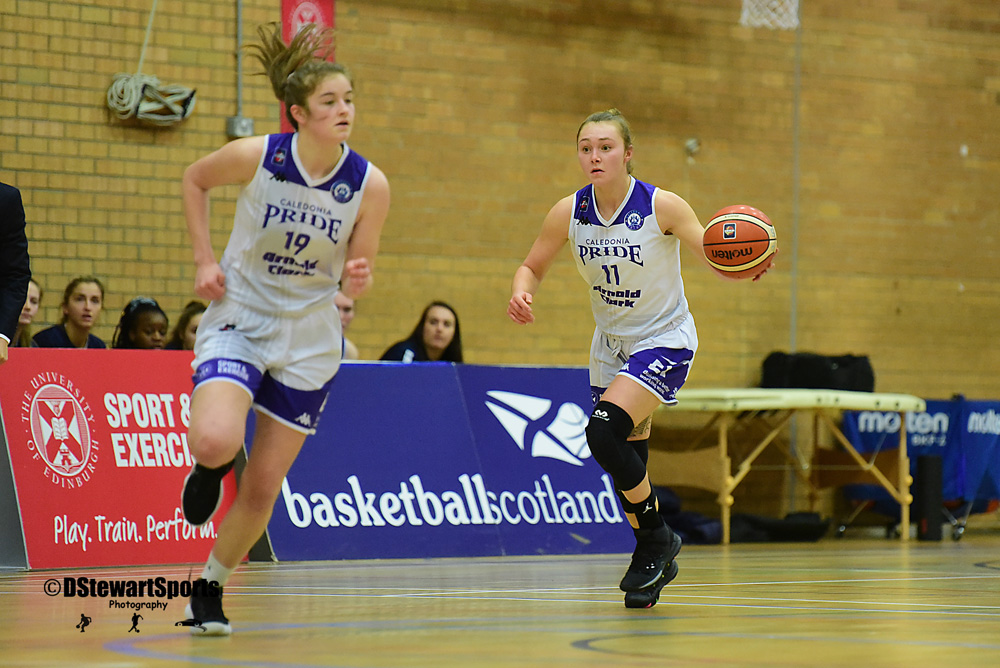 Stella Fouraki (18 points, 7 rebounds) kicked off Pride’s scoring run a couple of minutes into the game. Sian Phillips followed this up with a big three-pointer to give Pride a 5-0 lead as strong defence from the visitors ensured the home side couldn’t get a shot off in the opening minutes.

Pride were able to maintain a six-point lead during the beginning of the second courtesy of baskets from Robb, Phillips and Jenna Beattie. However, every time Pride tried to extend their lead, London replied with baskets of their own as both teams sensed the chance to come away with a crucial win.

Phillips was able to nail a couple of free throws from the line to finally extend Pride’s lead but from then on Lions staged a comeback, going on a scoring run to make it a four-point game heading into half-time. 19-23.

Everyone was fired up heading into the third as both teams traded baskets back-and-forth with Pride’s four-point lead from the half giving them the advantage.

Pride began to take control of the game late in the third, going on an 11-0 run with contributions from Fouraki, Robb and Hansine Marshall. This extended their lead to 15, a lead they closed out the third with. 30-45.

Early in the fourth Pride maintained the lead they had amassed during the game but were unable to extend it due to well-timed offences and gritty defence from the home side.

Lions demonstrated a final burst of energy as they cut Pride’s lead back down to five in the closing minutes. Despite this, Pride responded to the pressure well as Robb knocked down four consecutive free throws to secure Pride an important win in London. 49-57.

Pride are back on the road again this Sunday, travelling to South Yorkshire to face Petermans Sheffield Hatters.