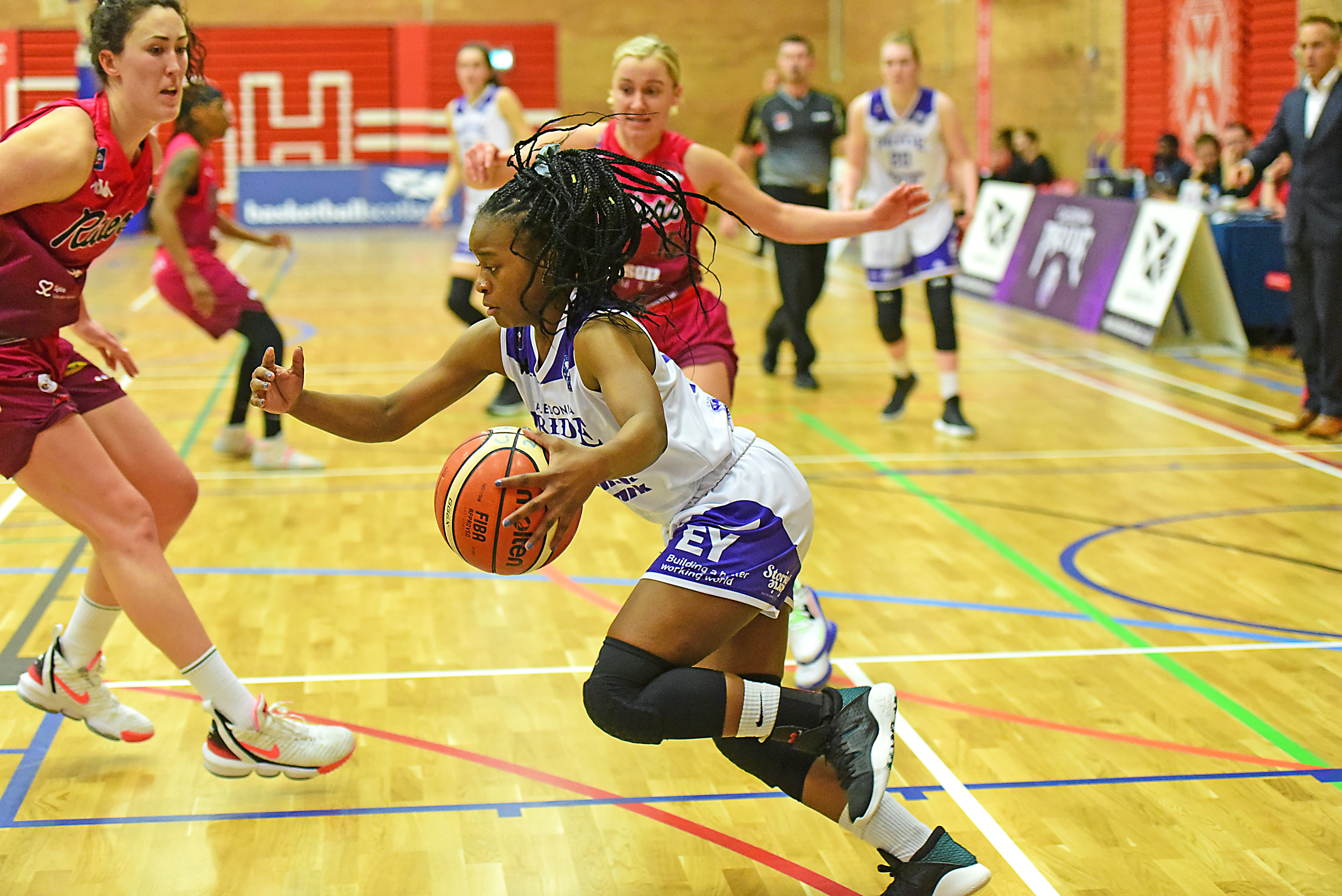 Newcastle Eagles proved too strong for Pride on Sunday as they claimed a 72-47 win at the Eagles Community Arena.

The two teams traded basket for basket throughout the first, with Fouraki and Phillips both adding an additional six points for Pride. Two free-throws for Newcastle in the final seconds made the difference as the home side led after one. 18-15.

Ella Doherty’s hookshot opened the second quarter before Newcastle showed their strength with a 6-0 scoring run as they extended their advantage to seven. Pollyanna Storie (13 points) added her first points of the game before Eagles took advantage or persistent fouling from Pride, adding five consecutive points from the free-throw line.

Maela Faleu added a point from the free-throw line for Pride but from there the remainder of the half belonged to Eagles, closing the second with an 8-0 scoring run to take a double-digit lead into the second half. 39-20.

Two quick baskets from Newcastle were followed by a 7-0 streak from Pride, their best spell of the game, as Storie and Fouraki’s baskets were split by a three-pointer from Hansine Marshall. Fouraki and Storie kept Pride’s tally rising as the team traded baskets with Eagles in the early stages of the third.

Storie continued her scoring streak, assisted by Hannah Robb who picked up ten assists throughout the game, as she added seven consecutive points. Newcastle replied with another 8-0 scoring run to extend their lead further in the latter stages of the quarter. 61-38.

Pride continued to fight in the fourth, opening the final quarter with a 6-2 run through Phillips, Hansine Marshall and Doherty. Doherty added a free-throw in a low scoring period for both sides before Eagles responded with a lay up.

The final minutes of the game saw Eagles again show their strength, with a jump shot from Eahba Kerr Pride’s only score as the hosts secured their win with a late 9-2 scoring run. 72-47.