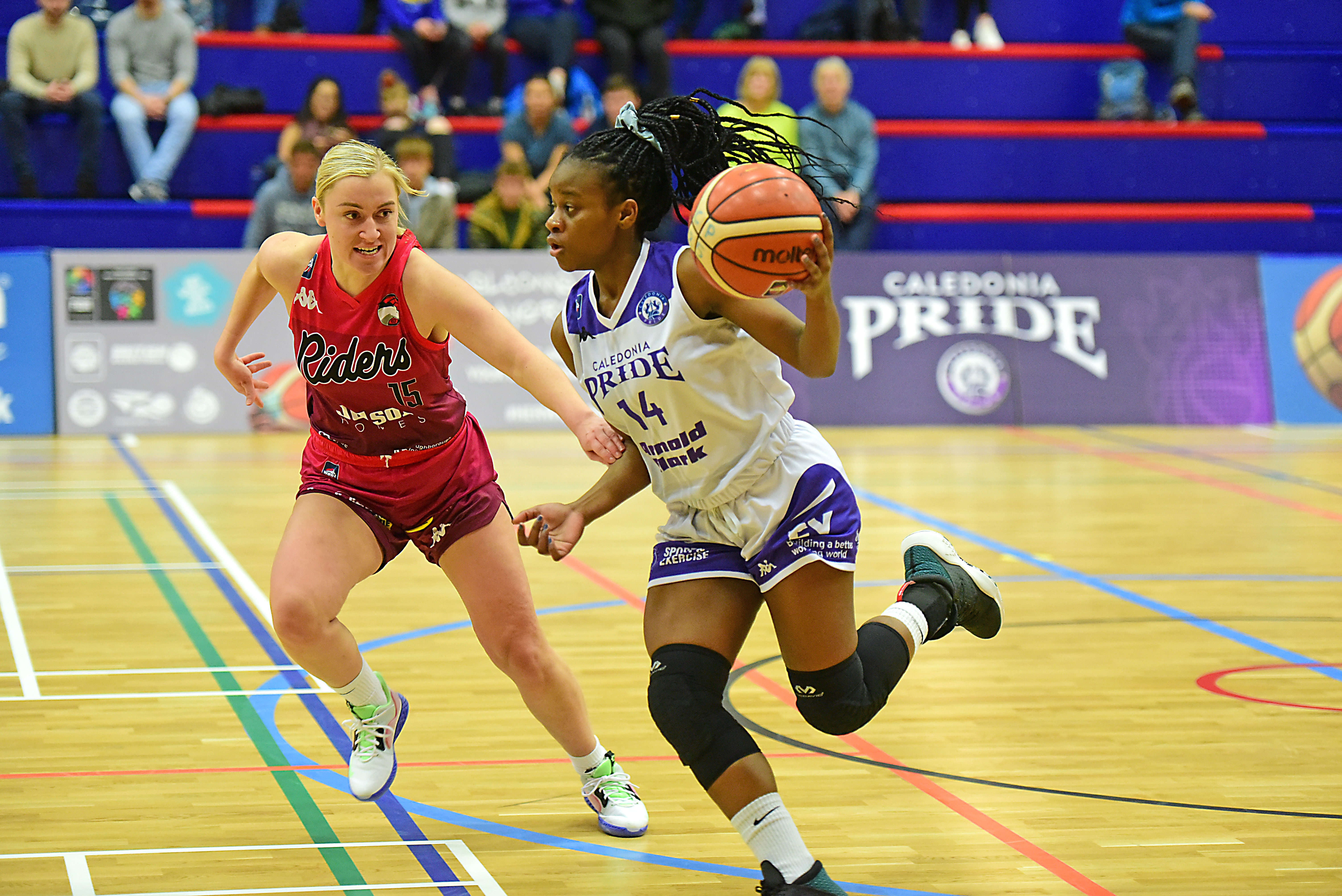 It was a close encounter at Pleasance on Saturday as Leicester Riders claimed a narrow victory, 68-56, in Pride’s first WBBL game of 2020.

An early foul from Stella Fouraki gave Riders the chance to open the scoring, which they took as they opened an early lead. The teams then traded baskets, with Hannah Robb (21 points 11 rebounds) and Fouraki scoring for the hosts.

Sian Phillips (13 points, 8 rebounds) started her game with a lay up, which Robb followed up with a three-pointer as Pride remained within a basket of the lead. A 6-0 streak from Riders opened up an advantage in their favour, which they maintained for the duration of the first. 14-18.

Riders opened up a game high 13-point advantage early in the second, embarking on a 12-3 scoring run as they made life difficult for Pride. Phillips added the first of her three three-pointers as Pride’s only response in the opening minutes.

The latter stages of the half belonged to Pride as a fantastic run narrowed Riders’ lead. Rose Harvey and Ella Doherty both added two from the free-throw line, which were followed up by three-pointers from Robb and Pollyanna Storie. The former also added four more points from the free-throw line as Leicester paid the price for consistent fouling at the end of the half. 33-36.

Riders again experienced a strong start to the quarter, embarking on a 5-0 streak to try and restore their advantage. Ella Doherty halted the streak with a lay up in what would prove to be a low scoring quarter for both sides.

With Riders again leading by double-digits, back-to-back three-pointers from Phillips gave Pride a much needed lifeline. The visitors responded with a three of their own before Robb concluded the third with a driving lay up. 43-53.

It was to be free throws that made the difference again as Riders added two points early in the fourth. Robb responded with another three-pointer for Pride which Phillips backed up with a lay up.

The Marshall sisters, Hansine and Jannike, teamed up to find the basket before Robb again added to her tally from the free throw line. Eabha Kerr also went to the free-throw line, before Jannike Marshall added another basket of her own, however Riders held on to claim the win in Edinburgh. 56-68.