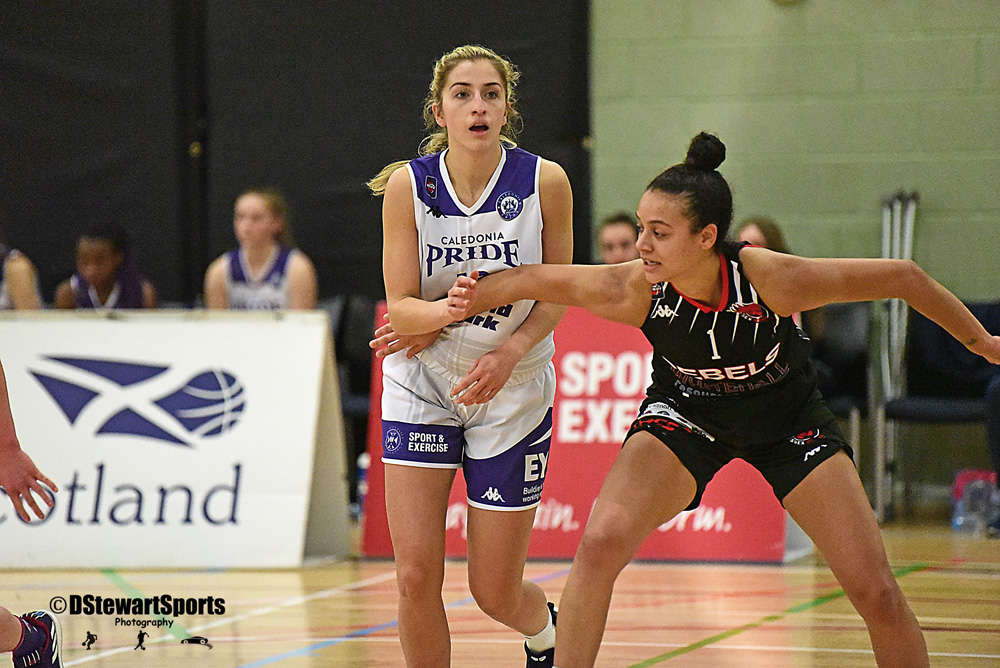 Caledonia Pride kick off the new year by welcoming Leicester Riders to Pleasance Sports Complex this Sunday in their first game of 2020.

Pride will be looking to start the year with a win after losing to Essex Rebels (74-51) three weeks ago at The Peak.

Riders currently sit top of the WBBL Championship league table with a 7-2 win/loss record, with their most recent win coming against BA London Lions (54-83) on December 22nd.

Leicester have had some close games this season against the likes of Durham Palatinates and Sheffield Hatters, coming away with single digit victories in both games (79-76 and 74-68 respectively).

Their roster is stacked with international players as Brea Elmore, Kate Oliver and Sara Hinriksdottir are natives of America, Australia and Iceland respectively.

Hinriksdottir has previously played in the Metro Atlantic Athletic Conference for Canisius College in Buffalo, New York. In February 2018, she reached the milestone of 1000 College career points. Elmore has proven to be a key three-point shooter, scoring a total of 65 during her college career whilst playing for the University of Memphis in NCAA Division I. Oliver has been a mainstay for the Riders since the 2017/18 season, picking up back-to-back WBBL Trophy MVP accolades in 2018 and 2019.

The trio of international stars have dominated Riders’ statistics as Hinriksdottir has averaged 16.4 points per game so far this season followed by Oliver on 16.3 and Elmore on 14.9. Oliver and Elmore also put in a shift in terms of rebounds and assists respectively as Oliver has averaged 10 rebounds a game, with a current total of 90, whilst Elmore averages 4.4 assists.

Jenni Torrance is the only absentee from the squad ahead of the game.

Bart Sengers is expecting a tough start to the new year as his side faces a WBBL double-header:

“We are facing most likely the toughest double header we will see all season and that right after the break. Riders will test us in many ways. A big task ahead for the team. The difference in length and experience is huge. They are well coached and very structured which enables them to get exactly what they want on the offensive end. On defense they are somewhat different from other teams and I am looking forward to seeing how we deal with that. We have to play our own game, take away their transition offense and rebound the ball well to be in a position to make it a game. Our focus is mostly on what we do. Every team is coming back from the break so we will see which teams have dealt with the break well and which teams need more time to get back into their rhythm.”

STAY UP TO DATE

Tickets for the game at Pleasance are still available here.

Supporters who can’t make it to the game can follow along with updates via Pride’s social channels or follow the live stats here.